Every day, 100 Americans die by gun violence; many people through domestic and intimate partner violence, some by suicide, others by gang violence and mass shootings. There are more guns owned by Americans than there are United States residents. 99% of Americans live within 10 miles of a gun dealer. There are more gun dealers than McDonald’s or post offices in the United States (source). 44% of American adults know someone who has been shot. While firearms are present around the globe, this mass gun violence is an uniquely American problem. There are multiple gun cultures in America- one that revolves around leisure, one around paranoia and self-protection, one steeped in poverty and drug trafficking, and one in violent misogyny (source). All of these are touched by racism, capitalism, and fuelled by a broken political system where the pro-gun lobby lead by the NRA has held governments at all levels hostage.

March for Our Lives, the youth-led anti-gun violence organization has set out several policy demands for the Biden-Harris Administration including:

What is confusing to most Americans, is that there currently is a federal law requiring background checks on all licensed purchases from gun dealers. The problem is that guns are sold in lots of circumstances in the U.S. that are not covered under this law. In a 2015 study, Everytown for Gun Safety saw that 22% of Americans achieved access to a firearm without passing a background check from 2013-20141. Everytown writes: “federal law does not require background checks for guns sold by unlicensed sellers, like non-dealers who sell guns online or at gun shows. This loophole enables people with felony convictions, domestic abuse restraining orders, and others” (source).

For a guide on calling your senators to demand action on background checks, click “Call Guide” 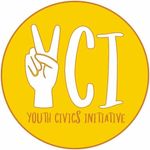