In Houston, Texas, there are anti-homeless feeding bans that prevent citizens from donating food to more than five individuals. The Coalition for the Homeless Houston recorded 3,567 homeless residents in Harris County, of which 1,515 were living on the streets rather than in shelters. Although people can still donate basic necessities such as blankets, clothes, and hygiene products, it is inconsiderate to the homeless population who rely on other citizens to obtain free food.

Be sure to Rev this post after your call and encourage others to do the same. Click "Learn More" to learn more about homeless feeding bans. Use the "Call" button to call Vice Mayor Martha Castex-Tatum to demand that Houston end Homeless Feeding Bans.

After you reach a staff member or voicemail from Vice Mayor Martha Castex-Tatum's office: 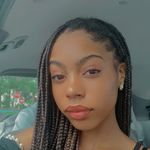