On May 27th, 2021,  Chief Rosanne Casimir of the Tk’emlups te Secwepemc First Nation announced that remains of 215 Indigenous children were found buried on the site of the former Kamloops Indian Residential School. Chief Casimir described the discovery as an “unthinkable loss that was spoken about but never documented.” The remains were found using a "ground-penetrating radar during a survey of the school." Some of the children were as young as three years old.

The school operated from 1890-1969 before the Canadian government took over administration from the Catholic Church and closed it in 1978. It was the largest school in the residential system and had as many as 500 students enrolled in the 1950s.

"What took place in residential schools amounts to nothing short of cultural genocide — a systematic and concerted attempt to extinguish the spirit of Aboriginal peoples." - Justice Murray Sinclair.

Many survivors of residential schools continue to be deeply affected by the horrific experiences they were forced to endure. The Indian Residential Schools Survival Society strives to provide physical, emotional, intellectual, spiritual growth, development, and healing through culturally-based values and guiding principles for Survivors, Families, and Communities.  Click the "Donate" button to learn more about the IRSSS and  support the organization with a monetary donation.

First Nations Studies Program at the University of British Columbia: 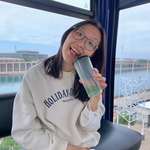