The True Number of Residential Schools in Canada

My name is Dwight Ballantyne.  I grew up for 21 years in Montreal Lake Cree Nation, a remote First Nation in northern Saskatchewan and I am the FIRST generation in over 130 years not to be a direct victim of the government’s assimilation process that was designed to eliminate the “Indian problem” and “take the Indian out of the child”.  The seven generations before me were.  I was born in 1995 and the last “school” designed to achieve this goal did not close until 2000.  Had I been born just a few years earlier things would have been different for me.

I knew that my direct family members were Residential school Survivors even though it was not a subject that was actually discussed.  So imagine my shock when I just found out that my mom and hundreds of thousands of others who attended “schools” with the mandate to “take the Indian out of the child” are not considered Residential school Survivors.

My mom attended a “school” called Timber Bay but when you check on the list of 139 Residential schools in Canada, it is not on the list.  Timber Bay “school” is located just one kilometer outside of Montreal Lake Cree Nation, the First Nation that I grew up in for 21 years.  So just weeks ago I started to do some research and found another shocking discovery….

Timber Bay is part of the list of 699 additional “schools” that are either called Indian Day schools or Children’s Homes.  These “schools” were also government funded, church run and opened with the specific intention of assimilating Indigenous children.  The children who attended suffered the much of the same emotional, spiritual, physical and sexual abuse as the children who attended the 139 official Residential schools. The only difference was that most of the children carried their hurt, shame and abuse home with them at the end of the day.

This technicality means that people who attended Timber Bay Children’s Home and the school are not considered Residential School Survivors and are not entitled to any of the compensation and resources provided to those whose school is on the official list.  It also means that even though Survivors recall students dying while attending the Timber Bay,  there will be no financing or resources to search for unmarked graves.

Michael Swinwood told us that he is hoping to re-open the conversation with the government in the next six months to have Timber Bay Children’s Home placed on the official Residential School list.

It is the goal of The Ballantyne Project to raise awareness about this issue with as many people as possible in order to generate public insistence that Timber Bay Children’s Home is placed on the official list of Residential Schools in Canada.

It is also our goal to make Canadians aware that there are an additional 200,000 Indigenous Survivors who attended these additional 699 “schools”  who are not being recognized or acknowledged.

We believe that if Timber Bay Children’s Home is added to the official Residential School list it will open the door for many of the other 699 additional “schools” to be added as well and allow the 200,000 Indigenous Survivors of these schools to receive the resources, support and acknowledgement they deserve.

1969 -  Brethren In Christ, a denomination of the Mennonite Church took over the home.  Children were sent to school in Timber Bay or Montreal Lake Cree Nation

1969 -  Bobby Bird ran away and was never found.  Two children had previously died running away from the home.

2001 -   More than 24 former residents file civil suit against church groups and then federal and provincial governments.  Alleging physical and sexual abuse by staff.  All former residents (from La Ronge, Saskatoon & Air Ronge)  had been confined to the home for all or part of one or  more years.

2009 -  Court case denied.  There is a dispute about if it qualifies as a class action lawsuit.

2013 -   Saskatchewan court to determine if Timber Bay Children’s Home should be listed as a recognized Residential school.

2016 -  Saskatchewan Court of Appeal declined case for Timber Bay Children’s Home to be recognized as a Residential School.

The IRSSA defines “Indian Residential Schools” as schools listed on Schedules “E” or “F”, or found to meet the criteria set out in Article 12 of the IRSSA. They require that the child “was placed in a residence away from the family home by or under the authority of Canada for the purposes of education” and that “Canada was jointly or solely responsible for the operation of the residence and care of the children resident there”. The Band applied to have the Home included on Schedule “F”.

2017 - Supreme Court of Canada refuses to hear the case. 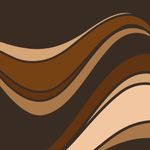